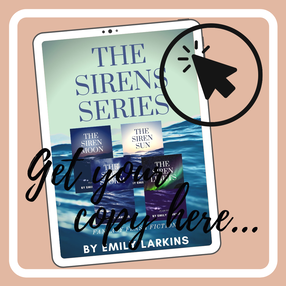 ...On the night of the Siren Moon, countless songs have lured sailors to their deaths, but there are those who fail. The fate of a siren that misses her mark: to be torn apart by her sisters.
Tonight it's Serena's turn. As heir to the Siren Throne, Serena must prove herself worthy. Should she fail, she risks not only her life but that of her mother. To make this task all the more difficult, another seeks power and will stop at nothing to see Serena's demise. 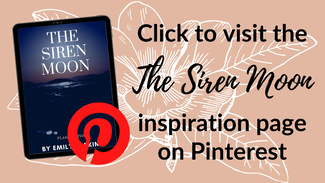 ...It is a bloody battle in which the end inevitably brings loss, violence draws destruction, and victory earns respect. The champion, whether mother or daughter, claims her title by devouring her opponent’s heart.
Confident that she is ready, Queen Seren's daughter has called her Siren Sun. Torn between love for her mother and the fierce call of her destiny, this young siren faces a battle as much with herself as with her Queen. The only certainty is that the battle will be brutal and there can be only one winner.

...Female sirens are the caretakers of the shallows, males, of the deep. Only the appearance of the Aurora, known as The Lights, brings them together. The charged atmosphere awakens the need to mate, a desire so overwhelming they are compelled to meet at the boundary of their territories where they will dance and create new life.
Queen Serena must choose a mate to provide an heir. Her title makes her a coveted prize, but she will not be easily won. 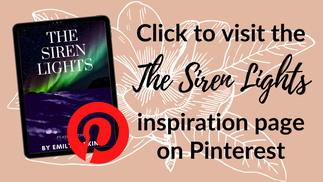 ...Twelve weeks a siren pregnancy lasts. Many eggs develop, but in the end, only one child is left, having eaten its brothers and sisters to grow and survive. Siren mothers, within reason, choose time and place. She’ll wait until she can ensure the safety of her unborn. However, the longer she waits, the greater the risk to both.
Serena, Queen of the Sirens, finds herself in an impossible situation when her labour begins with a massive storm. To make matters worse, the eldest of the Elders comes to her with a dark prophecy concerning her fate and that of the young in her womb.
Age-old customs will be broken in this matter of life and death. Will the prophecy come to pass, and what will the outcome be for Serena and the rest of Siren-kind? 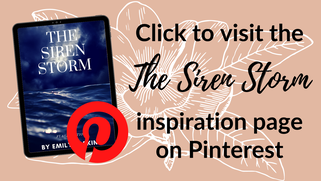